Mikko Alava is a statistical physics working on complex systems, in particular materials. He is currently a full professor at the recently established Aalto University, an amalgation that includes the former Helsinki University of Technology. He is a vice-director of a national center of excellence in computational nanoscience, COMP and the director of the Aalto node in the European CECAM organization.  Before becoming a professor, he was a Fellow of the Academy of Finland, and a Nordita Fellow.  He is member of the editorial board of JSTAT. He has organized in the last ten years close to 20 workshops, conferences, and research programs on the physics of complex systems. He is an expert in the statistical mechanics of non-equilibrium complex systems and has worked on the theory, on experiments, and on industrial applications like the physics of complex materials and how to control cellular phone (base station) networks. 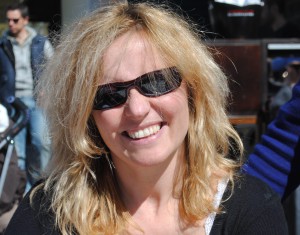 Caterina A. M. La Porta is currently associate professor of general pathology at University of Milan, group leader of the Molecular Oncology Laboratory at the University of Milan and member of the Center for Complexity and Biosystems. She graduated “cum laude” at the University of Milan in 1989, obtained the PhD in Physiological Science at the same University. She was postoctoral researcher at DFKZ in Heidelberg and Rockefeller University and fellow at Karolinska Institut in Stockholm. In the past few years she was visiting scientist in many university and institutes, including MIT, Cornell University and Aalto University. The focus of her group is to understand cancer progression and related mechanical properties. The group is also investigating the mechanisms underlining neurodegenerative pathologies. Member of many international societies, referee and member of the editorial board of many international journals. She organized several workshops and conferences including two interdisciplinaray workshops on the physics of cancer funded by Cecam and ESF. 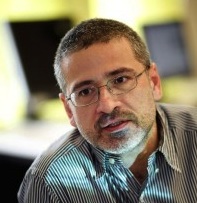 Alessandro Vespignani is currently Sternberg Distinguished University Professor at Northeastern University. Prof. Vespignani received his undergraduate degree and Ph.D., both in physics and both from the University of Rome “La Sapienza,” in 1990 and 1994 respectively. He completed his postdoctoral research at Yale University and Leiden University. Prof. Vespignani worked at the International Center for Theoretical Physics (UNESCO) in Trieste and at the University of Paris-Sud in France as a member of the National Council for Scientific Research (CNRS) before moving to Indiana University in 2004. Before joining Northeastern University Vespignani was J.H.Rudy Professor of Informatics and Computing at Indiana University and serving as the Director of the Center for Complex Networks and Systems Research and the Associate Director of the Pervasive Technology Institute. Vespignani is elected fellow of the American Physical Society, member of the Academy of Europe, and fellow of the Institute for Quantitative Social Sciences at Harvard University. He is serving in the board/leadership of a variety of professional association and journals and the Institute for Scientific Interchange Foundation. Vespignani has worked in a number of areas of non-equilibrium particle systems, statistical physics and computational sciences, including characterization of non-equilibrium phase transitions, fractal growth and self-organized criticality. Recently Vespignani’s research activity focuses on the interdisciplinary application of statistical and numerical simulation methods in the analysis of epidemic and spreading phenomena and the study of biological, social and technological networks. 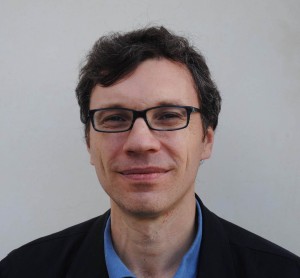 Stefano Zapperi is professor of theoretical physics at the University of Milano and coordinator of the Center for Complexity and Biosystems. He obtained is Ph. D. from Boston University. After a postdoctoral fellow at ESPCI, Paris, he obtained research position at the University of Roma “La Sapienza”, at the University of Modena and Reggio Emilia and at National Reseach Council of Italy in Milano. He has been named Finland Distinguished Professor at Aalto University and is group leader at the ISI foundation in Torino. He is member of the editorial board of JSTAT. He organized nine international workshops and symposia on applications of complex systems theory, including two interdisciplinaray workshops on the physics of cancer funded by Cecam and ESF, and was invited to be part of the scientific committee of four international conferences. In 2007, he acted as the secretary of the International Conference on Statistical Physics (STATPHYS 23). In 2004 he received the Marie Curie Excellence award and in 2011 an Advanced Grant from the European Research Council. In 2015, he was elected fellow of the American Physical Society. He is an expert in the statistical mechanics of non-equilibrium complex systems and has worked in fracture, plasticity, friction, magnetism and quantitative biology.